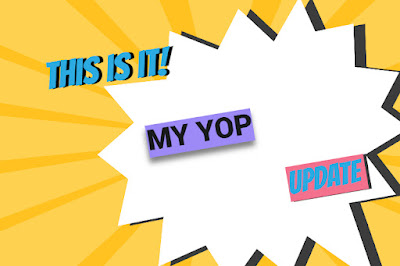 Yup, it is that time again to come here and tell you all about the week I just had.  Just so you know, it was a very good week.  So, let's get started.
CRAFTING
I have a finish. 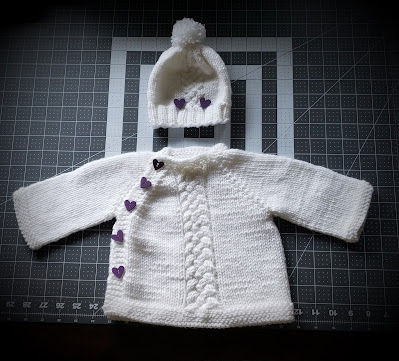 Wee Sherlock sweater and Little Boy Blue hat are completed.  The buttons will be sewn on today.  If you can't tell, we now know the baby is going to be a girl.  We are all very excited too.  I like the sweater pattern as it can be for either boy or girl.  The hat, I modified to have the same cable on it as is on the sweater.  The pom pom is also an added feature.  So, basically, all I use the hat pattern for is for stitch count and decreases on the top LOL.
I also have another frogged item. 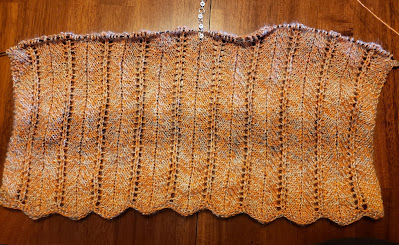 The Summer Lacey Stole got pulled apart.  I picked it up to work on this week and decided to measure it.  Once I did that, I realized this would only be about 40" long when I ran out of yarn.  Not going to work so well.  But never fear.  I did find another pattern to make with the yarns in this. 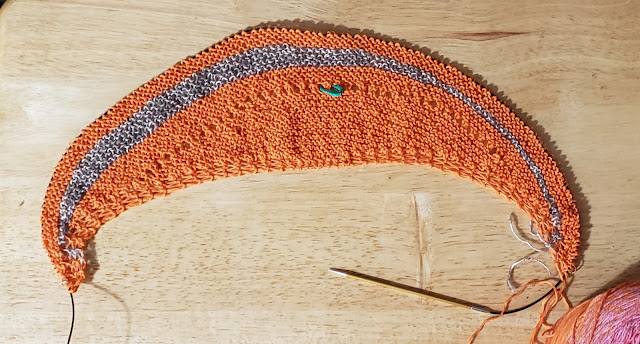 Say hello to Dying in the Light.  This is a pattern I test knit several years ago.  The person who designed it is no long designing and all of her patterns have been removed from Ravelry.  This is such a relaxing knit.  It is all in garter with German short rows used to add in the contrasting yarn and there are some eyelet rows thrown in to add texture.
TREASURES
I just happened to be by a Hobby Lobby the other day.  It is not the one I normally go to.  In fact, it is twice the size of the one close to my house.  Of course this meant I needed to go in and check it out to see what this one had that mine did not.  WHOA!  It was AWESOME! 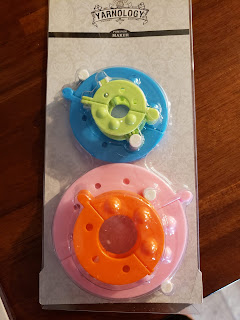 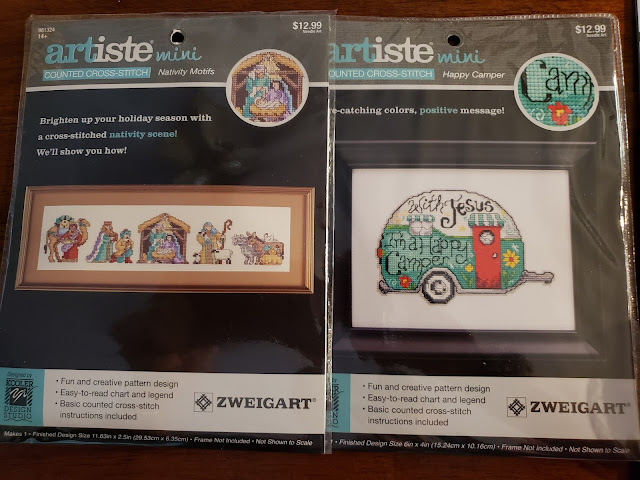 Two mini cross stitch kits.  The Christmas Nativity scene will be for our house.  The camper will be sent to my niece.  Her family is very much into traveling and have a very strong faith too.  I wanted to start on the Christmas one but when I pulled out the instructions I almost went blind.  Never have I seen a chart so small I could not figure out what the symbols were.  We are going to enlarge it on our printer so I don't go blind doing it, plus, I have a cross stitch magnifying glass I wear around my neck that will be put to use.
And lastly..................................... 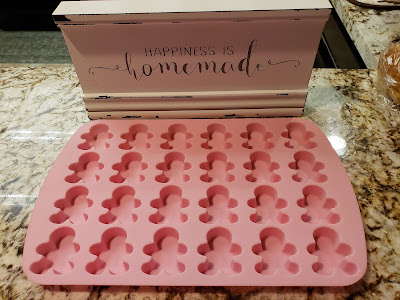 The silicone gingerbread men forms are for my homemade 'frosty paws' for my dogs.  I figured if we eat animal crackers, they could eat gingermen.  The plaque behind it was also a find at HL.  I fell in love with it the moment I saw it.  I was so brave as it did not have a price on it and so I did not know if it was included in any of the sale items for the week.  SURPRISE!  It was part of the 66% off items.  In fact, everything I purchased was at least 50% off.  Correction, the cross stitch kits were not on sale but I love them anyways.
MY JOB THIS PAST WEEK
Yup, I had a job this past week.  My son was out of town for business and his wife works full time in a Dr office.  That means I had teen and dog duty.  The teen had a swim camp this week to prepare her for her school's swim team that starts in 2 weeks.  I had the privilege of taking her to and from the camp each day.  While she was at camp, I had 2 hours to kill which is how I found that HUGE Hobby Lobby store.
After camp was over we would go to her house for lunch and some girl time.  This also meant we got to hang out with Thor, the dog. 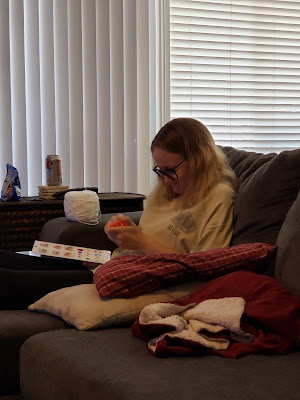 I wanted Josie to be involved in the baby set I made so I gave her the task of making the pom pom for the hat.  She was quite thankful I had purchased the pom pom makers.
After enjoying each other's company for several hours, I then took her to her play rehearsal and then I headed home.  Her mom got the joy of picking her up after rehearsal and then they had the evening together.
I was super privileged when she asked me if I would paint her nails for her.  How could I refuse.  It was so fun. 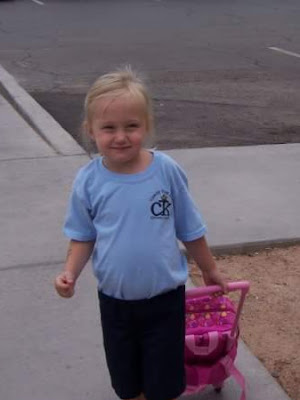 This was Josie when I started this YOP journey.  Quite a difference, right?  She is quite excited to be 16.  She has scheduled her driving test for this week Wednesday.  Hopefully she will pass it the first time.  I will let you know.
PARTING SHOTS
This coming week I have the joy of being home all week.  Hubby has been busy decluttering our backroom.  We have a handyman coming in next month to do some finishing work on that room so we need it ready for him to work on it.
I will be working on other areas of the house and removing more 'stuff' from our home.  My decluttering has taken a back seat lately.  Time to get back to it.
We had roof damage from a couple of huge wind storms.  That was over 2 weeks ago.  We finally got the repair done this week.  We had to have 8 shingles replaces.
I will leave you with one of my favorite photos I took this week. 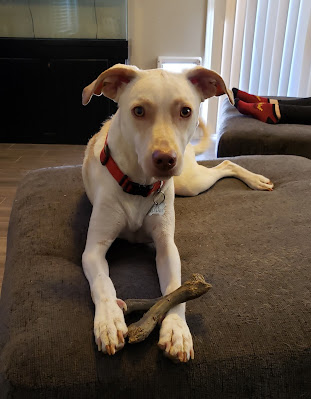