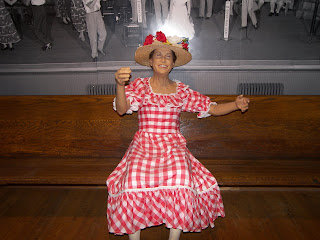 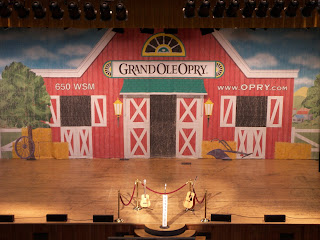 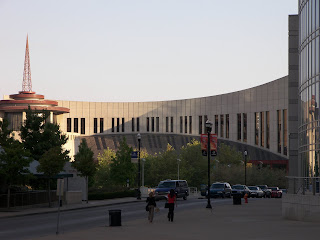 Here are a few pictures from our trip to Nashville. I had a conference there and my DH got to go along with me so in our down time we did a little sight seeing. Now, I just want you all to know that I am not a country music fan so this was not a trip that I would have picked out for myself. But since my company was paying for it I decided that I had to make the most of it. I did have a good time and there are lot of stories I could tell you but I would never be able to fit them all on this blog. So I will just tell you about the pictures.

The first one is a no brainer for all of you over the age of 40. Of course that is Minnie Pearl. (Well a statue of her anyway) I tried so hard to buy a Minnie Pearl hat while I was there. I saw one and did not buy it thinking I would find another one later on and never did. Oh Well, I am not sure that my office would have understood the humor behind it since most of the people I work with are kind of young.

The next picture is taken at the Ryman Auditorium. It is where the Grand Old Opry that I watched on TV as a youth was filmed. It has since moved to a fancy dancy place called Gaylord Opryland. I really liked this place better and it still as the original seating in it and lots of history to go with it. It is still used today and some big names have played there recently, like Toby Keith! (I was told he is THE one to see)

The last picture is the Country Music Hall of Fame. And yes I did go thru it. I was amazed at how many "stars" I knew and had heard sing. But then my parents listened to all that kind of music when I grew up. I remember the Tennesee Ernie Ford hour, The Jimmy Dean show, Andy Griffith, etc.

We spent a week there and really enjoyed every minute of it. It is very friendly and the weather was fantastic. I don't think I would go there in the middle of summer though. I little to humid for this desert rat.

On the crafting front...........I am crocheting a sweater for ME!!!!! I have the back, front and 1/2 of one sleeve finished and I have only been working on it for about 4 days. I was going to work on that tonight instead of updating my blog but I left the pattern at my friend's house and don't want to continue on without it. She is bringing the pattern back tomorrow so I will be good to go then. Other than that I really am not doing much crafting. Oh!!! I was working on the baby blanket last time I wrote. Well I got the body of it done and was on the 4th row of edging when I found out I had miscounted on row one of the edging. So I am in the process of ripping out all the edging and starting that over. Now you know why I am working on the sweater.

Have a great week and let me know what is going on in your crafting life. (no one ever comments but some day I may get one!) 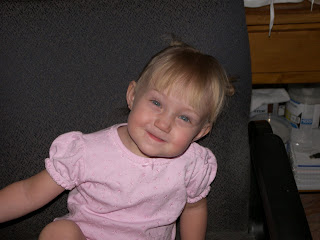 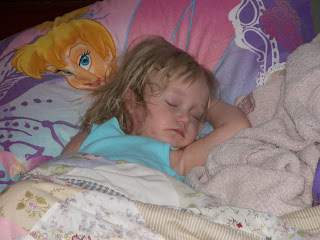 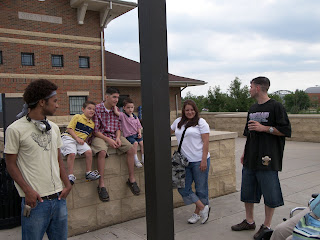 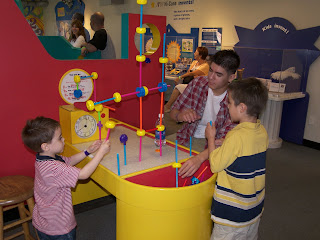 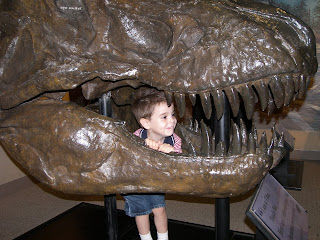 I finally got my camera downloaded and here are some pictures of our grands.

Here is Josie our 2yr old DGD spinning in the computer chair. She has more fun with that then with any of her other toys. But then after a hard morning of playing she must get her beauty sleep in her tinkerbell room.

Then we have our grands in Chicago. This is the day we decided to go to the Navy Pier in Downtown Chicago. We raced to the train station only to watch the train leaving as we arrived. So we had a family conference and decided to drive to the Pier. We had a wonderful time and the younger ones went to the Children's Museum there. If the pictures are any indication, I would say they enjoyed themselves. If you don't know who is who in the pictures of the Chicago family here is a list.
Jay our son
Jamie his wife (Our lovely DIL!)
Skyler (19)
Neiko (14)
Jaden (7)
Bryson (4)

We sure do miss them. The nice thing about the trip is my Mother got to go with us and it was the first time she had ever met Bryson and only the second time she had seen Jaden. So it was good to all be together again.

In the crafting world.....I just finished another purse and am working on a baby blanket. (No one in the family is pregnant but it was too pretty not to make) When I finish it I have another baby blanket I am going to make that my DIL Stacie has asked me to do just in case a little would appear.

Have a wonderful day. We are heading out to Nashville tomorrow for a week. I have a seminar there and my DH is going along to "play". I will take picture there too and promise I will get them downloaded faster and post some here.
at October 06, 2007 No comments: