Home and glad to be here. 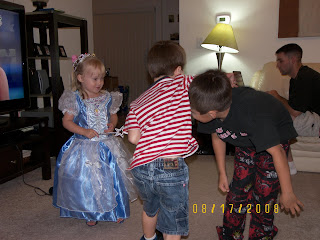 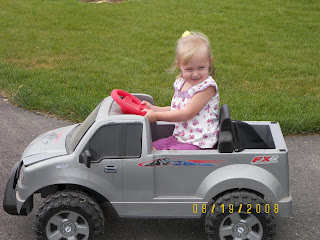 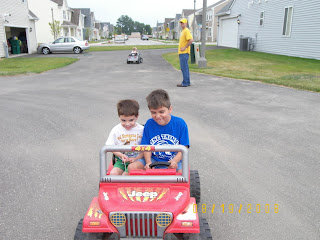 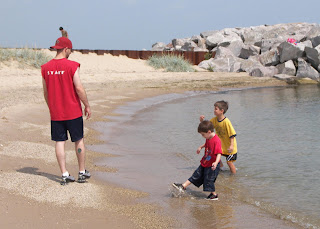 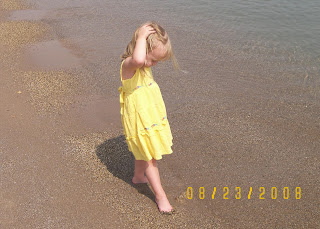 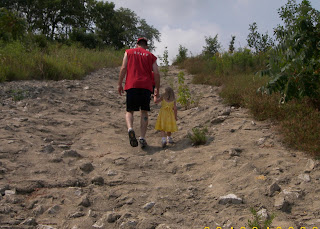 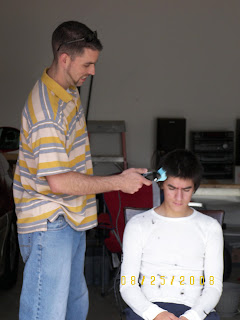 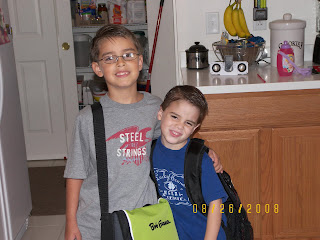 Here are some of the pictures I got of the family while I was on vacation in Chicago. The first one is on the first night. Josie was turning her cousins (Jaden and Bryson) into frogs and dogs. Of course I was thrilled with this as I had to kiss them to make them back into little boys again. GOOD JOB JOSIE!

Then we have the day the kids all got to drive the cars around. This was a first for Josie and she had a blast driving. Her steering left a little to be desired but she had fun. The boys are pros at this most of the time. Bryson (the youngest) seemed to find himself up on the grass a lot but he still had a ball too.

The next three pictures are of the day we walked to Lake Michigan which is only about 2 blocks away from their house. I was told that I might have a problem getting to the lake and when I got there I saw what they meant. We were about 100 feet up from the beach area and the incline was quite steep that we had to go down to get there. But after watching the boys and my son in the water I told my Daughter in Law and Granddaughter that we would give it a shot. We made it down without anyone falling and rolling! After I got down there I noticed another path leading up that was not as steep and asked if we could use that one on the way out. WELL!!!!!!!! It was all concrete with rocks sticking out of it and was like doing a rock wall. Piece of cake! This was the first time Josie had been to the beach and she really enjoyed getting her tootsies in the sand and letting the waves rush over her feet. The boys are experts at this and so they spent time looking for seashells for their bathroom to decorate it up. They got some real nice ones too.

The next picture is of Neiko getting his hair cut. He does sports and hates his hair to be in the way. So his Dad said he would be happy to cut it up for him. It really turned out nice. My son (Neiko's dad) cuts his own hair about every other week since he is an instructor at the boot camp there in Great Lakes.

The last picture is the first day of school. Jaden is in 3rd grade and Bryson started Kindergarten this year. It was so hard to see them leave for that first full day. It was also the day we left so we did not get to see Jaden again but Bryson was home before we left and I got some good lovin' from him before I left.

The weather was wonderful while we were there so it made all of our outings great and enjoyable. We spent a lot of time outside as we were so used to 100+ days here that the 80's felt pretty good to us. There were a couple of nights that it was so cool out that we were able to put a fire in the fire pit outside and enjoyed that.

The day after I came home DH went back up to Las Vegas to see his father. He is going downhill gradually but my DH is trying to get all the loose ends tied up so that when the end comes we don't have a bunch of legal and emotional stuff to take care of. He was there for 10 days. As of this writing he is back up there again. He is only suppose to be there a week this time but if anything happens he will stay a bit longer.

Please keep our family in your prayers as we all go thru this emotional time. It effects all of us in different ways but I know with God's help we will get thru it and be able to move on with our lives. Even though our lives will be different once we loose Big PaPa Joe.

Not much on the crafting front. I am still working on Jamie's socks. I thought I would get them finished while I was in Chicago but we were on the go so much I only got about 2 inches of the cuff done. I still have another 2-3 inches to go. Since I have been back I have not really had any down time to work on them. Hopefully I will get them done before their first snow fall!

Have a great day and keep on crafting. Let me know what you all are working on. Maybe that will inspire me to get back to my yarn!
at September 13, 2008 No comments: