So sorry about the long spell since I last posted on here. It has been a really crazy last 6 weeks. I know you probably really don't care what all happened but I am going to tell you all anyway. (evil grin)

As you all know we had a grand time in Chicago visiting our son and his family. It was so hard to leave them but they are moving to Texas in December so they will be much closer to us and for that I am thankful. It will be much easier to go and visit them and we can do it more often.

So in comes September. I am happily knitting on socks (it is still well over 100 degrees here). I have completed the pair for my Daughter and am working on a lace pattern for my mother. They are a lovely self striping pattern and I really enjoy watching the colors come thru.

We had a Marian Conference we attended in September that was 3 days long. It was wonderful but ate up our whole weekend so it was a scramble to get all the laundry done and housework caught up during the next week.

I was fortunate enought to get to go to a Casting Crowns concert in September also. I have wanted to go for the past 2 years and I finally got the chance. We had to drive for almost an hour to get to it but is was really worth it. The thing lasted almost 3.5 hours! FOr those of you that don't know, Casting Crowns, is a christian rock band. They are just great and they were proceeded by Matt Redman who is also awesome. Needless to say I am already making plans for the concert they will be giving next year!

We received a call from our Daughter the middle of September stating she was moving back home as her marriage had dissolved and she did not want to stay in Albuquerque. So she moved home the end of the month and had to leave for her job 2 days after she got here. I just hope none of you are planning on coming over for a visit anytime soon as the house is just a bit of a mess. She got most of her things gone thru before she left and even took a whole load to GoodWill. But there are still some things we need to find a home for and won't really be able to do that until she returns from her job the end of October!

So we think things are going along great at this point when I get the call that I need to take my mother to the ER as she has a blood clot in her leg. So off we go to the hospital and my Daughter in Law meets us there so she can help with anything that she can. We are thinking she is only going to be in there for a day or two. NOOOOO, we are not going on 4 days and it looks like she will be there another 3-4 days until they can get her blood clotting factors where they want them. She is not at all happy about the stay there but we have all told her it is the best place for her at this point until they get the Coumadin levels right and she has to stay on a Heparin drip IV until she is discharged. So I have been spending all my evenings with her as I know it is so boring there and she gets very lonely too.

One thing about her being in the Hospital.....I finished one pray shawl and am starting on another one. It is a bit chilly in her room so the pray shawl feels good on my lap.

So no we are approaching fall here in the valley of the sun. We have been promised that we are done with the triple digit temperatures for the rest of the year. So we are staying in the high 80's to low 90's during the day but are dropping into the
60's at night. It is a bit brisk out when I go out to water the flowers in the morning. This morning I even wore a sweatshirt to go out there! (Ok, all you back east, quit laughing)

Still have not figured out the camera so still no pictures to post. I promise once my life gets back to normal I will be posting something on here other than words!

Have a great week/month and until I post again be crafty!!!!!!!

(I am also on FaceBook now under Marsha Schug Noce so you can join me over there and follow me closer as I am on there daily)
at October 02, 2009 No comments: 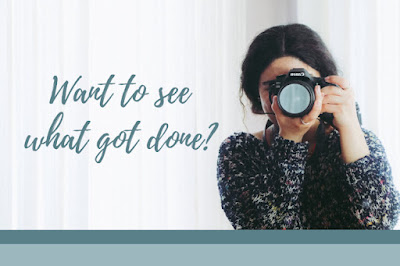